Darkness. Complete darkness. Not a scary or unknown darkness, but tranquil and sleepy. Then a noticeable rocking both to and fro, slowly increasing in intensity. Light flooding the pupils as eyes open, and the darkness fades. The realization that the world isn’t moving, but the wake from a departing ferry is causing the ship to sway.

Boy, how things have changed! Just a year ago I began this journey. In the first week of May 2016, The Lord gave me the word to go to the mission field and live life for Him. A year ago I was employed in Kansas City, making a comfortable income. I lived in a house with a pool and more than generous living space. I had a lot of stuff, clothes, furniture, kitchen supplies, toys, etc. Not long after getting the Word from God to go out to the mission field, I had a garage sale and sold all but two small boxes of sentimental stuff and two bags of clothes that remain back in Kansas City, along with the suitcase and carry-on I left with. It was freeing. In the transition from Malawi to Spain, I lost my suitcase. Since that time I have been living out of a carry-on and a small backpack. Now on the frontline of the refugee crisis in Lesvos, Greece, I share a room on the YWAM ship Next Wave with three to four other men. The room is about the size of my two closets I had back in KC. It is small and a big change since a year ago, but I have never felt this joy and sense of purpose, and could not be happier than I am, following the path The Lord created me for.

What this base is about:
YWAM Next Wave is a one hundred foot long sailing vessel that was devoted to ministry throughout the Mediterranean, including Northern Africa. Eighteen months ago the crew of the vessel made a commitment to dedicate it as a stationary base to accommodate volunteers for the refugee camps. That commitment was for only eighteen months, and now the commitment is over. The YWAM staff that hosted and coordinated the volunteers over the past year or so, were from a YWAM base in South France. Since there is still a great need for a Christian presence in the camps and for other ministries on the island, the staff is now pioneering a land-based campus to free up the vessel for ships’ ministry throughout the Mediterranean and Aegean Seas. 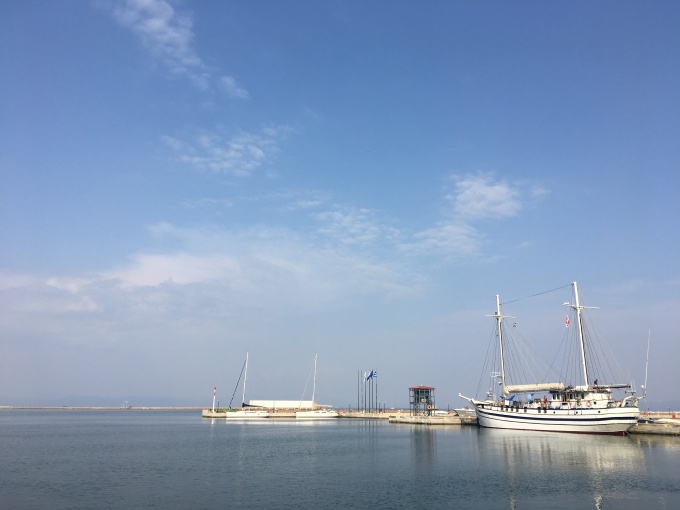 About the Navigation and Seamanship school:
Since October, during the Discipleship Training school, The Lord has been directing me to the ministry of YWAM Ships. YWAM Ships now has 26+ vessels around the world giving medical, spiritual, physical, and emotional aid to the otherwise unreachable. The School of Navigation and Seamanship trains its students to be certified crew members on any of the ships within YWAM. Right now the ships’ ministry is growing exponentially, but the staff for them is not. Volunteer crew is in such short supply that some of the ships have to hire commercial professionals to man the ships, which isn’t good because they are ministry ships. Have you heard the phrase, “curse like a sailor?” Not just that, but no one in YWAM is paid. In fact, we all have to pay our part to keep the ministries going. When there are highly paid sailors on board, it can create tension.

The school isn’t involved in refugee camps, but all the students agreed to take the Friday night shift from 4 pm to midnight every other week. Before that agreement, I had already dedicated every Saturday or Sunday to be in the camps. This coming Friday is our first shift! 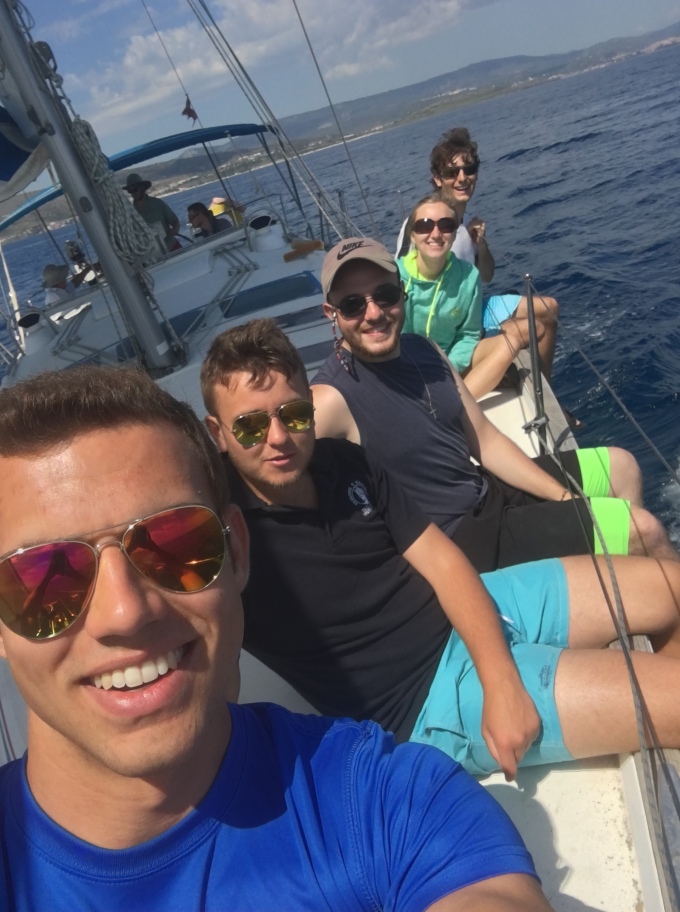 I don’t want to say for sure, but I am praying about the idea of staying here aboard YWAM Next Wave and help with pioneering the new YWAM Lesvos base.

Thank you so much for your time, love, prayers, and support!